Richmond, Molineaux and Cribb at the NPG

Yesterday I posted about the fantastic news that Robert Dighton's famous prints of pugilists Bill Richmond and Tom Molineaux are now on display from today at the National Portrait Gallery as part of Simon Schama's new Face of Britain exhibition, along with Staffordshire portrait figures of Molineaux and Tom Cribb. These artworks are all on display in Room 27, entitled "The Face of People".

Today, with heartfelt thanks to the NPG press office for their cooperation, I am able to present these wonderful official images and captions from the exhibit. 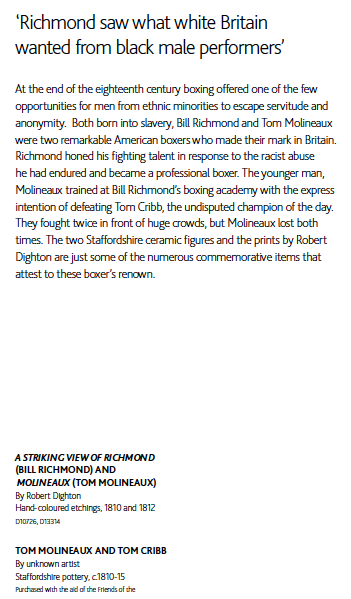 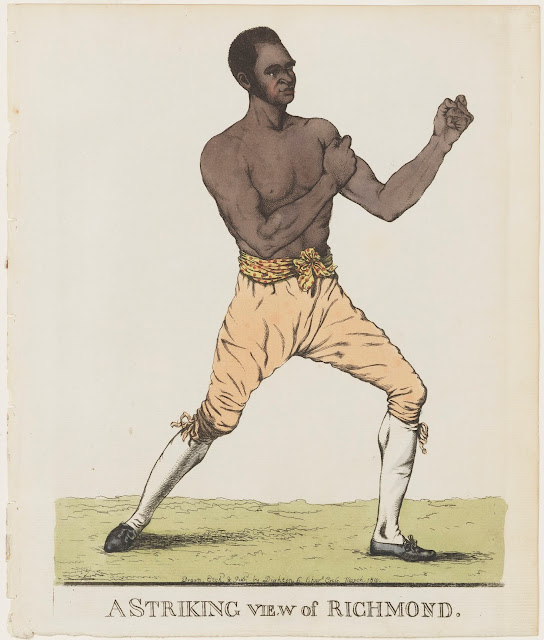 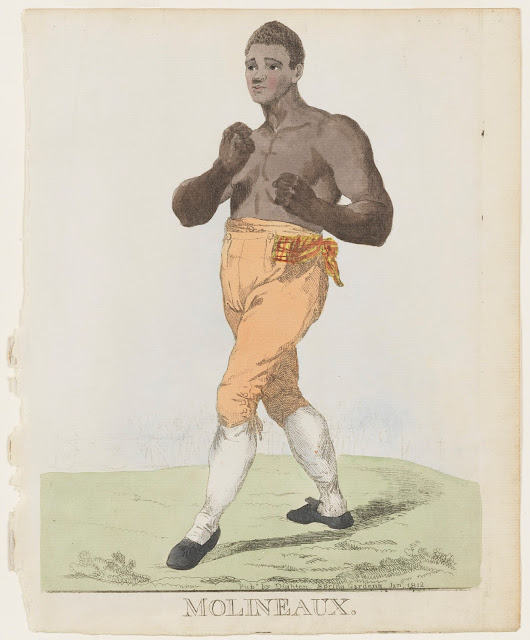 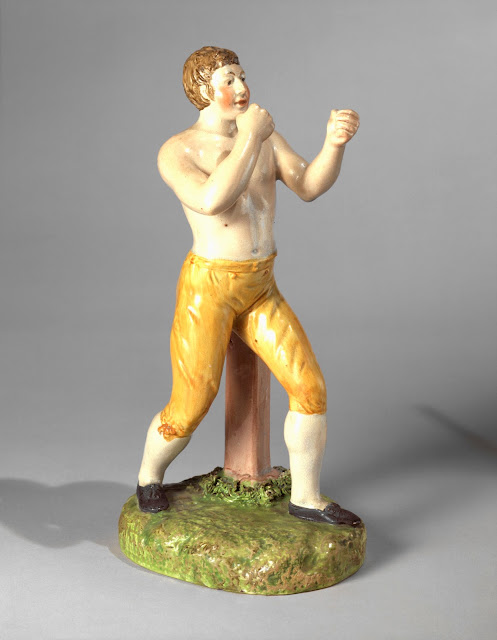 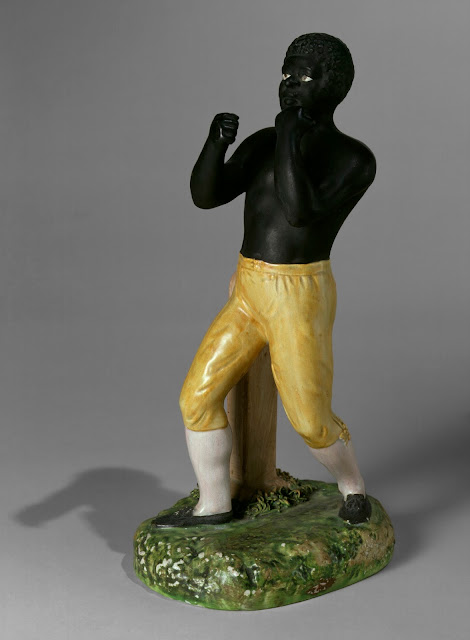 Face of Britain background:
The following introduction to the Face of Britain exhibition appears on the NPG's website:
"Simon Schama’s Face of Britain explores how portraiture has been used as a statement of power, a declaration of love, for the promotion of fame, to offer insights into the artists themselves and to capture ordinary people. Portraits can provide a fresh perspective on the history of Britain and the identity of its people. The exhibition is divided into five themes, which are displayed over three floors of the Gallery."
The portraits of Richmond and Molineaux, as well as the Staffordshire figures of Molineaux and Cribb, are all on display in Room 27, entitled "The Face of People". The NPG writes of this section of the exhibition: "The majority of portraits ever painted have been of the great and the good. But there has always been a glorious strain in British art that tells it like it is, and for which all humanity is fit for portrayal. History isn’t just made up of influential people, it is also made up of an infinity of wonderful characters without whom history loses all its richness and human variety. With technological advances in printmaking and photography, portraiture has increasingly recorded and celebrated the individuals in the crowd — faces that might otherwise be forgotten."

The Face of Britain exhibition runs from 16 September until 4 January 2016 and admission is free. There is also a BBC TV series to tie in with the exhibition and a book by Schama. I understand that Richmond does not feature in the TV series, but is referenced in the book.
Posted by Luke G. Williams at 11:18