Best ever veterans: No. 3 George Foreman 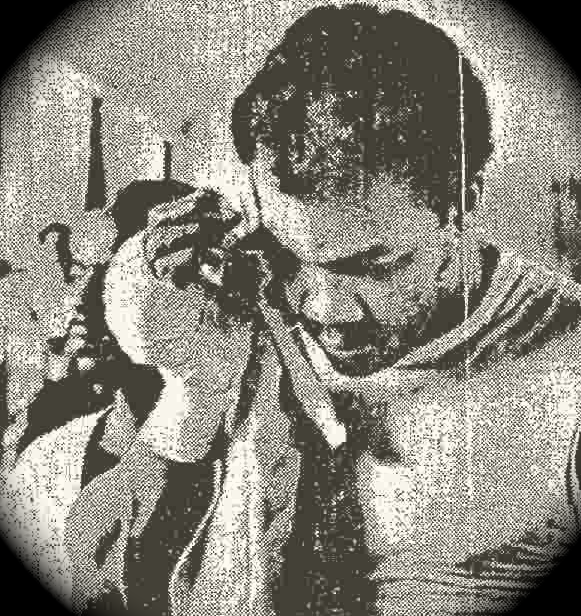 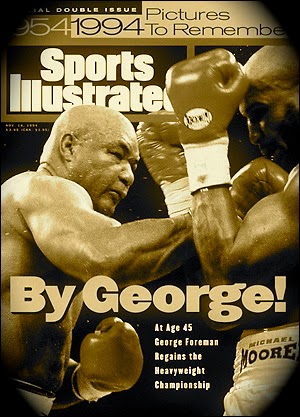 
One of the most remarkable things about Bill Richmond's career was that he was still fighting in his 50s (and this during an age when life expectancy was far lower than it is today).

With apologies to the likes of Bob Fitzsimmons, Jersey Joe Walcott and many other admirable vets who didn't quite make the cut, I've been counting down my top five.

Earlier this week I explained why George Maddox was my no. 5 choice and Archie Moore my no. 4. Today I present my no. 3...

3. George Foreman:
F. Scott Fitzgerald wrote: "I once thought that there were no second acts in American lives, but there was certainly to be a second act to New York's boom days." In boxing terms, we can substitute 'George Foreman' for 'New York', for no pugilist has ever enjoyed such a dramatic 'second act' in his career as the 'Punchin' Preacher'.

In his fearsome, youthful pomp, 'Big George' was one of the most feared heavyweights of all time; a big, bad bogeyman who bludgeoned his way to 40-0 and the Heavyweight Championship while barely breaking into a sweat and wearing a seemingly omnipresent scowl.

However, Foreman's world fell apart in 1974 when he was on the receiving end of the magical fists and unparalleled mind games of Muhammad Ali in Zaire. By 1977, after a points loss to Jimmy Young, Foreman had quit boxing and found God.

Ten years later, needing money to support the youth centre he had founded, a tubby and now 38-year-old Foreman risked becoming a laughing stock when he launched an improbable comeback.

Despite widespread scepticism, he strung together a 24-fight winning streak (admittedly against largely weak opposition) that earned him a 1991 shot against then Heavyweight Champ Evander Holyfield. Foreman's stout and brave, but ultimately futile, challenge against the 'Real Deal' won him affection and admiration in fairly equal measure.

But the Foreman story was still not over.

Foreman kept fighting and three-and-a-half years later, new champ Michael Moorer alighted on Foreman as a lucrative but low-risk opponent for his first defence of the crown. In round ten of a contest he was losing, Foreman detonated an explosive short right-hand on Moorer's unexposed chin, the champion crumbled to the canvas and, at the age of 45 and a full two decades after losing the title to Ali, Foreman was once again World Heavyweight Champion.

It's an achievement that is so staggering, that twenty years later, it still seems unbelievable, as well as utterly inspirational. Foreman once claimed: "you've got to make a statement with your life. Otherwise you are just existing."

For Foreman, these words weren't just empty rhetoric - he lived them.
Posted by Luke G. Williams at 13:35