Waterloo week: Death of a pugilist

The Battle of Waterloo took place 200 years ago this week. As Britain goes Waterloo-mad,  I'll be presenting a series of features in which I look at aspects of the famous battle which intersected with the world of pugilism inhabited by slave turned boxer Bill Richmond, the subject of my forthcoming book Richmond Unchained.

Today this series reproduces The Sporting Magazine's obituary of John Shaw, the boxer and lifeguardsman who was tipped for highest pugilistic honours, before his untimely death at Waterloo ... 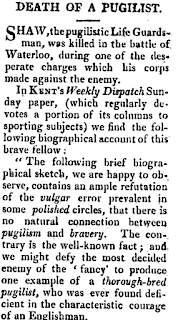 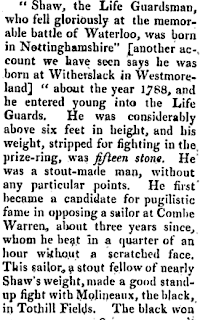 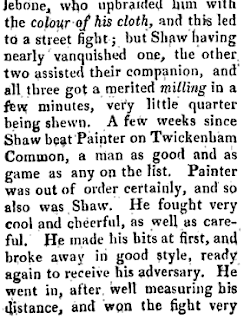 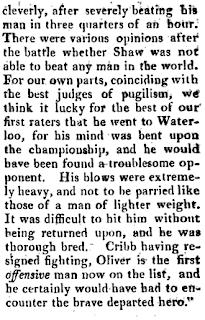 As well as the above obituary, The Sporting Magazine also published the following verse about Shaw, although the pun contained therein was in decidedly questionable taste ... 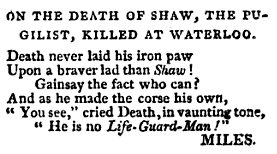 The same issue of The Sporting Magazine also found space to announce the upcoming Bill Richmond v Tom Shelton bout, which would be the first major pugilistic contest after the Battle of Waterloo. Waterloo Week here will conclude later this week with a look at that epic battle. 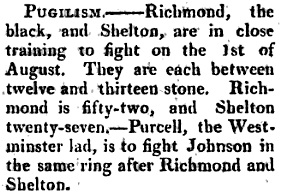