Best ever veterans: No. 1 Bill Richmond 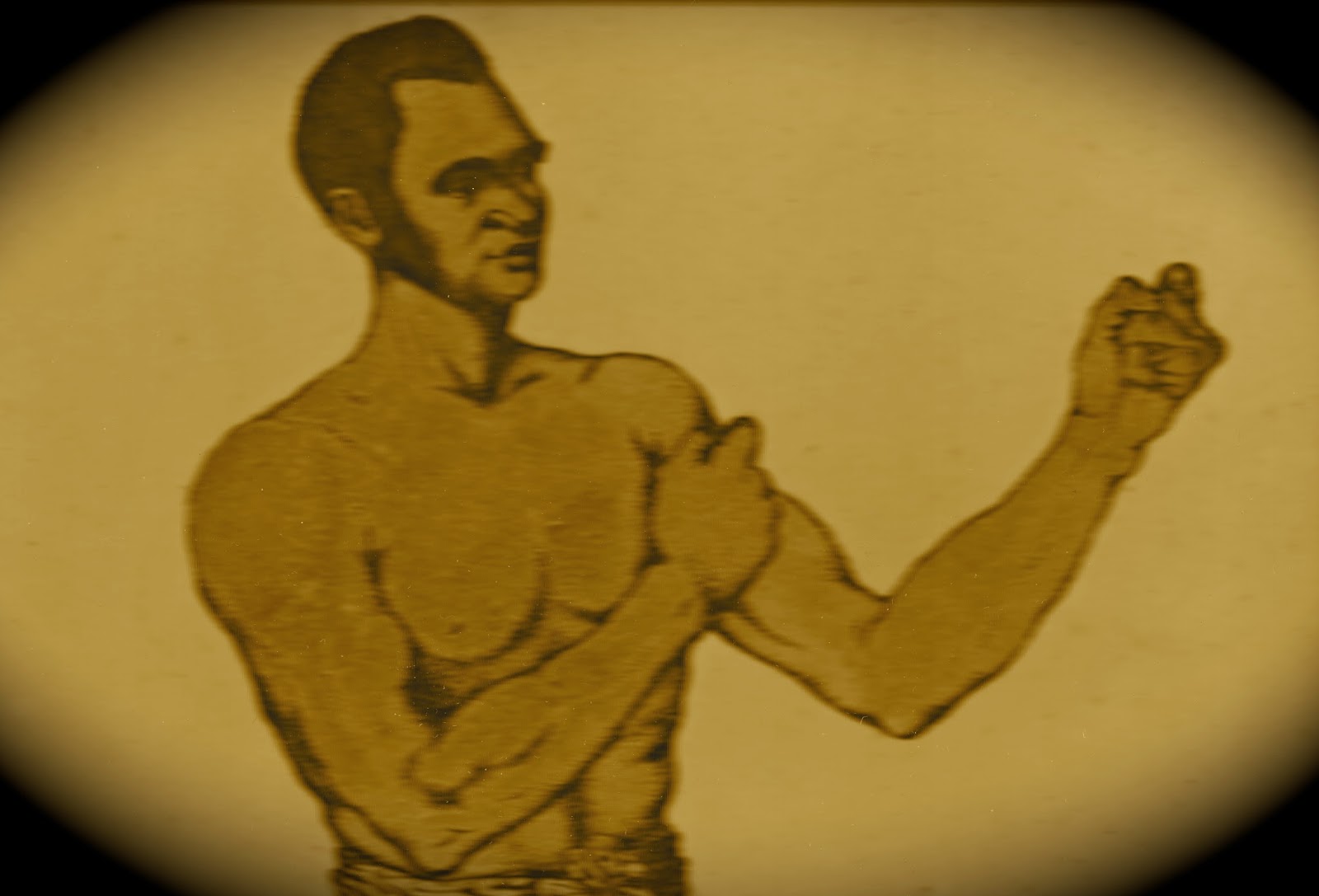 Given that this blog is devoted to Bill Richmond, it was crushingly obvious that this 'best ever veterans' series would culminate in the naming of, yes, Bill Richmond as my No. 1 all-time boxing veteran! (Mind you, I'm not totally biased; as you'll discover later this year, Richmond doesn't come top of my countdown of the best bare-knuckle boxers ever).

Anyway, without further ado, I'll explain why I've ranked Bill ahead of George Maddox (my no. 5 veteran), Archie Moore (no. 4), George Foreman (no. 3) and Bernard Hopkins (No. 2).

1. Bill Richmond:
Unlike my articles about Maddox, Moore, Foreman and Hopkins, I'm going to avoid writing a potted biography of Richmond by way of justifying his position at the top of my chart. Instead, I've summarised the main reasons why I believe Bill to be the greatest boxing veteran of all time under a quartet of headings. Feel free to tweet your reactions to this series of articles @boxianajournal or email me directly at lgw007@yahoo.com

A: Low life expectancy:
In Georgian times, when Richmond was living in England, it has been estimated that the average life expectancy was somewhere between 40 and 47 years. Admittedly, this figure was hugely skewed by the large percentage of citizens who died in childhood, but it is still the case that a man who was in his 40s or 50s in Georgian England was more or less equivalent to someone in their 50s or 60s today. Taking this into account, it is truly remarkable that all of Richmond's major bare-knuckle bouts took place after he had already passed his 40th birthday. Can you imagine a modern-day boxer beginning his career aged 40-plus and going on to become one of the top pugilists around? Well, that's what Richmond did. 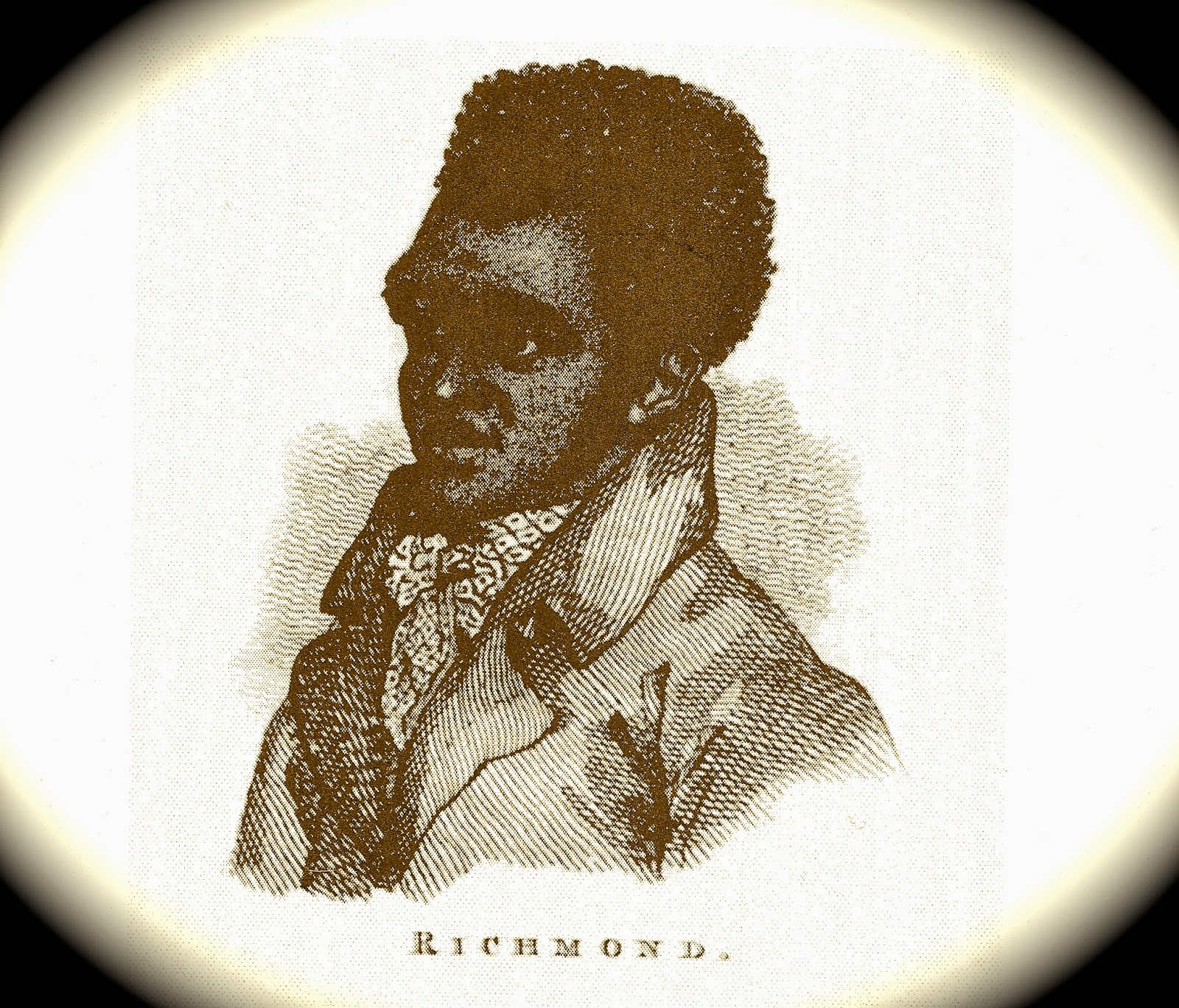 B: Incredible self-control:
The sort of expert and detailed medical and nutritional information available in the 21st century, which has helped boxers such as Bernard Hopkins to prolong their careers, simply didn't exist in the Georgian era. As writer William Hazlitt put it, the "whole art of training" in bare-knuckle days merely consisted of "two things" - "exercise and abstinence, abstinence and exercise, repeated alternately and without end". As this analysis suggests, Richmond didn't have the benefits of vitamin supplements, body fat reports, 'super foods' et al to aid his training and preparation; instead, he kept himself  in fighting condition through sheer bloody-minded dedication and the near elimination of alcohol from his diet. Although he enjoyed the odd glass of drink, especially noyau (a French brandy made from nut kernels), Richmond was uncommonly abstemious, a particularly impressive feat when you consider the fact he was a pub landlord for several years and that bare-knuckle pugilists were constantly surrounded by, and often immersed in, alcohol. Indeed, it seemed that pretty much every top pugilist during the Georgian era was a pub landlord at one time or another, while many - Jem Belcher, Henry Pearce and Tom Molineaux among them - died early and, most likely, alcohol-induced deaths. In contrast, when Richmond was past his 50th birthday Pierce Egan observed that while "other pugilists have long previously retired from the scenes of action, the spirits of RICHMOND seem in such trim, that, with all the ardency of youth, he is still 'eager for the fray.'" Egan also pointed out that Richmond preferred "exercise" rather than "too frequent repetition of the charms of the bottle". To display such self-control in an age of excess, marks Richmond out as an exceptional man.

C: Great victories in his 50s:
Something that distinguishes Richmond from the other fighters in my top 5, and which, in my view, seems him overhaul their achievements in the 'veteran stakes', is the fact that unlike Hopkins (whose last significant victory to date, against Beibut Shumenov, came aged 49) or Foreman (45 when he beat Moorer, 48 when he beat Lou Savarese in his last defence of the linear Heavyweight title), Richmond achieved two notable victories in his 50s. In May 1814 he defeated Davis (aka the navigator) in 13 rounds in what was the first contest organised by the earliest ever boxing governing body the 'Pugilistic Club', while in August 1815 he secured arguably the best win of his career, a 23-round triumph against highly-rated Tom Shelton, a pugilist around half his age. I am aware of no other boxer in the long history of boxing who achieved two victories against well-regarded contenders when in their 50s. No wonder that Egan was moved to write, after Richmond's triumph against Shelton, that he was an "extraordinary man" and that "the older he grows, the better pugilist he proves himself."

D: Uncrowned champion?
Some might think that a mitigating factor against Richmond being ranked as the greatest boxing veteran of all time is the fact that he never won the world title (or the English Championship, which was in his era the most prized achievement in the sport, boxing having not yet become a truly global sporting phenomenon). Although it may be true that Richmond never received official recognition as champion, there is a case for arguing that he should have been recognised as such. Let's look at the evidence for such a claim. For starters, it's worth remembering that after his defeat against Tom Cribb in 1805, Richmond was never beaten again for the rest of his career - an eight-fight streak that extended from his next contest in 1808 until his aforementioned victory against Shelton in 1815. The recognised champion during this time was, of course, Cribb. However it's worth pointing out that after defeating Richmond's protege Tom Molineaux for the second time in 1811, Cribb never fought again, although he didn't officially cede the title until almost ten years later, in 1821. These days, such a spell of ridiculous inactivity would have seen Cribb stripped of his crown. If Cribb had been stripped then I would argue that Richmond was the most logical contender to be crowned champion, or at least to participate in a contest for the vacant crown. (There was a precedent for the passing of recognition from one fighter to another due to inactivity - in 1807, when Henry Pearce failed to face John Gully for a second time, recognition of the title of 'Champion' passed pretty much universally to Gully - despite the fact he had never won a major fight!) 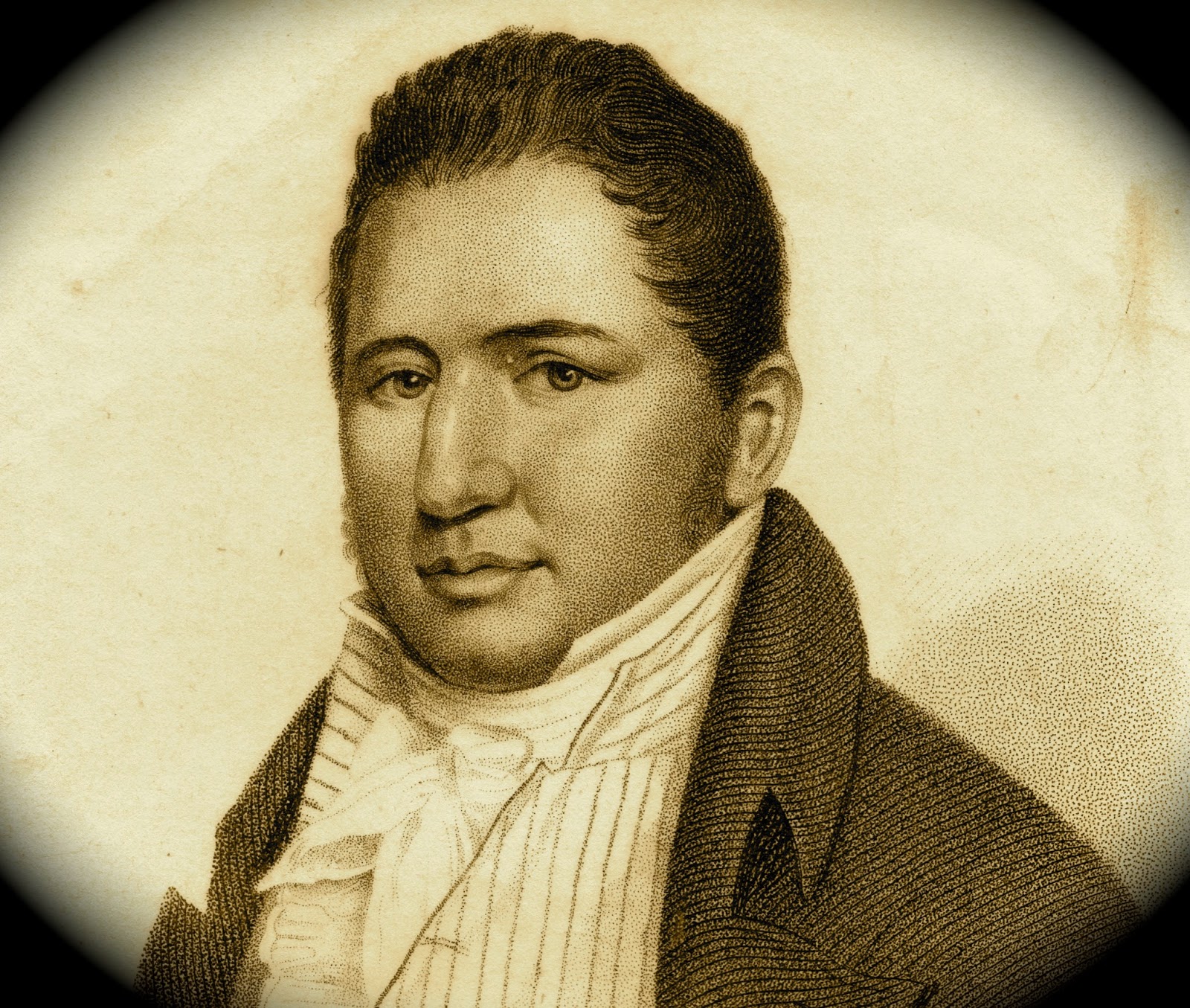 
Even more interestingly, there was a contest involving Richmond that you can argue - admittedly a little tenuously -  should have earned Richmond recognition as champion. By 1818, with Cribb still inactive, some within the Fancy believed that Lancastrian pugilist Jack Carter - who had beaten leading contender Tom Oliver in an epic contest - should be regarded as champion, partly because Cribb had failed to answer challenges from both Oliver and Carter. Carter's claim for the championship was pretty devastatingly rebuffed by none other than Richmond on the evening of 12 November 1818. After cross words were shared between Carter and several other pugilists in a pub in Chancery Lane, Richmond took on Carter in a street fight, destroying him after just three rounds when he laid him out cold with a stupendous right hand. Had this contest been fought 'officially' in a roped ring, then Richmond could, with some justification, have claimed he was the English Champion. By this point in his career, Bill was an incredible 55 years old and the victory against Carter extended his unbeaten run to ten years and nine fights. Incidentally, Carter went on to lose his next major fight the following year to Tom Spring after 71 rounds (68 rounds longer than it took Richmond to dispose of him - although, in the interests of full disclosure, I should point out that Carter later claimed he was drunk when Richmond laid him out). Spring was later handed the title by Cribb when the 'champion' finally retired. However, considering Richmond went unbeaten from 1808 until 1818 (if you include the Carter contest), perhaps the title should have passed to him, or at the very least he should have been matched against Spring with the winner recognised as champion.

So while Richmond was never regarded as champion, he has a good case to be recognised as the premier pugilist in England between 1808 and 1818 - a period when he was aged between 45 and 55. What an achievement! And what a veteran! 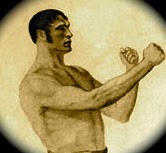