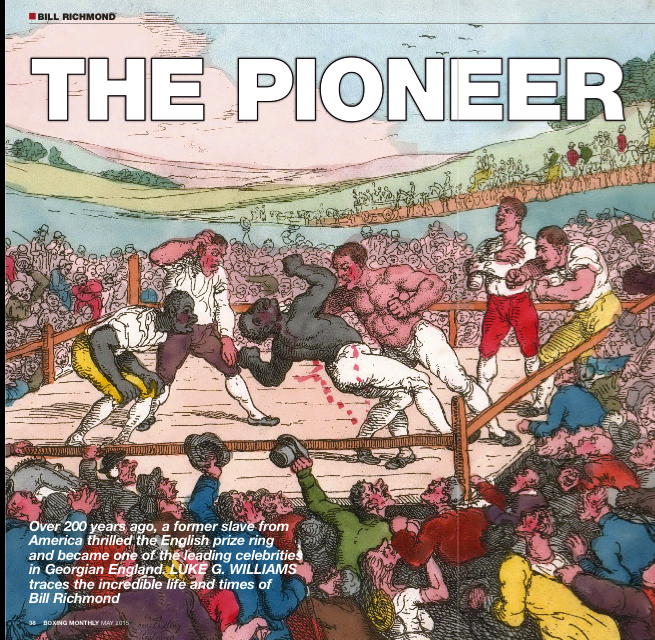 I am pleased to announce that a four-page article I have written about Bill Richmond entitled 'The Pioneer' appears in the May edition of Boxing Monthly magazine.

As a longtime reader and admirer of Boxing Monthly, I am incredibly honoured and excited to have secured this commission. I'd like to thank Graham Houston and Nigel Baker at the magazine for commissioning and printing the piece, which is handsomely illustrated with three splendid images - Rowlandson's rendition of Cribb v Molineaux 2, Trevor Von Eeden's rendering of Richmond v Youssop (specially commissioned for my book, Richmond Unchained) and the portrait of Richmond from Pierce Egan's Boxiana.

The article examines Richmond's career as a whole, as well as his historical and pugilistic significance. It's hopefully an enjoyable intro to his life, which will whet your appetites for the publication of Richmond Unchained in August. It's a 100 per cent original article, not merely a condensed or abridged version of prose from the book.

Details of Boxing Monthly magazine can be found here.
The May issue is in newsagents from Thursday 30 April. Alternatively, you can purchase a digital edition of the magazine now from ITunes, as well as via other online vendors and apps. 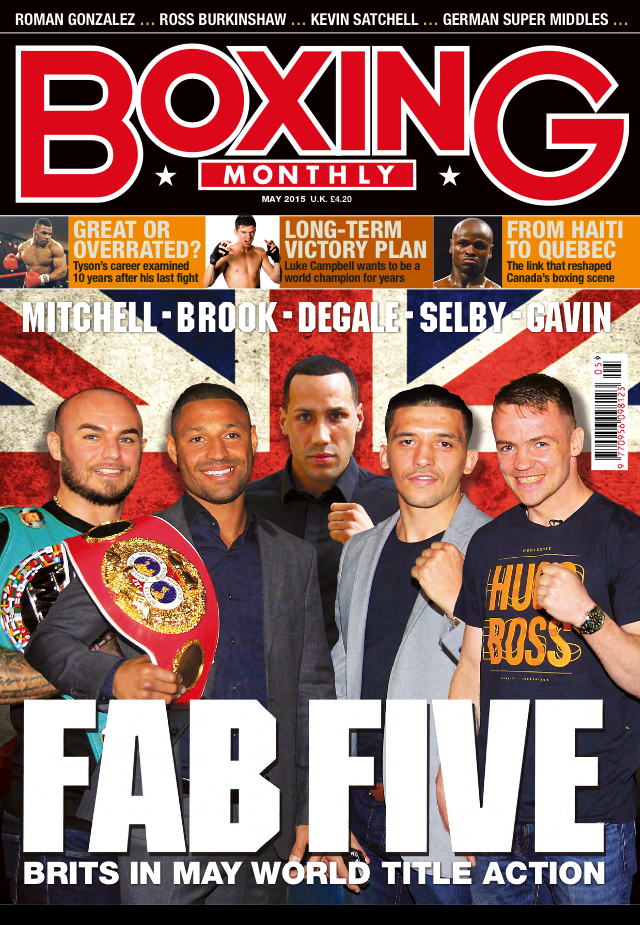